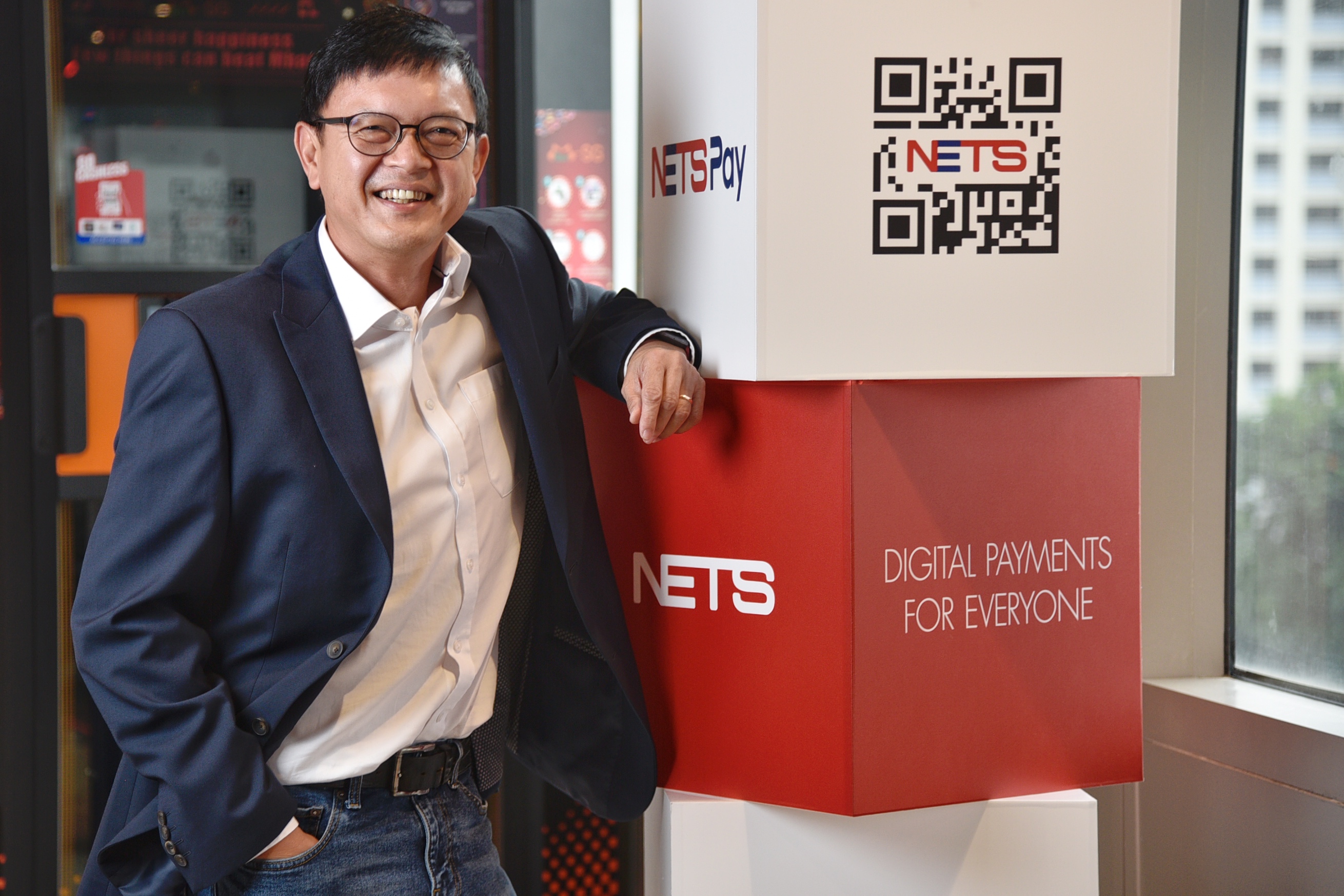 The ubiquity of NETS terminals - there are more than 130,000 of them in Singapore today - may find its equivalent in the online sphere, as the e-payment service provider's chief seeks to grow the company.

NETS Group Chief Executive Officer Lawrence Chan, who took over the company's reins last June, told The Straits Times in a recent interview: "Today, NETS is not strong enough online. That is something we've started to recognise and we have gone to our board for approval to invest in making ourselves even stronger online."

The company's strength offline is undisputed - of its more than 130,000 terminals, about half are operated by merchants that use NETS as their only payment option.

Mr Chan wants to take the company to the next level by improving its online solutions so that it can be more appealing to merchants and consumers.

He is looking to beef up NETS Click, a payment method that allows consumers to add their NETS bank card details in an app and use it to pay for purchases.

Currently, consumers can use the service only on the ComfortDelGro app and Singtel Prepaid hi!App.

NETS Click was launched in 2019 and has driven transactions and allowed NETS to acquire new customers. But the plan now is to allow people to use the service to pay for more things.

The firm first needs to create a solution that addresses fulfilment risk - or the risk customers take on between making payment and receiving a product or service.

Mr Chan said: "Today, we can do (NETS Click) for ComfortDelGro and Singtel Prepaid hi!App because there's no fulfilment element. But for online payments, that's a very small segment.

"Everybody is already making millions in this space. It's something that we need to start doing faster so that we can provide that option for our customers."

NETS was formed in 1985 amid Singapore's push to go cashless. It started out with just 64 terminals at places like department stores and supermarkets under a pilot scheme.

The company manages and operates the clearing and payment infrastructure for fund transfer services Fast and PayNow, as well as interbank Giro.

Other plans in the pipeline include ramping up adoption of contactless payment methods like tap or scan-to-pay.

Mr Chan said: "Our growth will more than double when we introduce tap (to pay), especially for our NETS-only merchants. It's not so much about people spending more, but them finding it easier to pay a small-dollar transaction by tapping instead of keying in a PIN."

NETS will face competitors if it wants a larger piece of the online payment service pie. These include non-bank e-wallets such as GrabPay, Liquid Pay and Singtel Dash.

However, the company will also benefit as more fintech firms join the fold, said Mr Chan.

PayNow and Fast opened up to non-bank financial institutions this month. For a start, users can now top up some non-bank e-wallets directly from their bank accounts and transfer funds between these e-wallets via PayNow.

NETS will continue tapping its strongest asset - its extensive terminal network - on top of intensifying its online efforts, he added.

The firm has a few hundred thousand payments transactions a day across its various NETS products.

It also hopes to mine the trove of data from its terminals to provide merchants with insights on how consumers are spending in stores.

"When they sell, they will know which terminal and which lane is doing faster sales," said Mr Chan.

Customers' personal information will be kept anonymous, although NETS can identify their age groups based on what they buy, for example.

"The amount of data we can give them can really help their operations," Mr Chan added.